This news article was originally written in Spanish. It has been automatically translated for your convenience. Reasonable efforts have been made to provide an accurate translation, however, no automated translation is perfect nor is it intended to replace a human translator. The original article in Spanish can be viewed at Entrevista a Javier Anta, presidente de ASIF, Asociación de la Industria Fotovoltaica
Ver más artículos sobre: Topic area: laws in the renewable
"Photovoltaic development of Spain model is a matter of study around the world"

Interview with Javier Anta, President of ASIF, Association of the photovoltaic industry

After a disastrous 2009 for the photovoltaic industry, ASIF faces 2010 with optimism. However, the sector must weather several obstacles, the main of which are not the crisis or the bureaucracy, "short-term problems" as defined us Javier Anta in this interview, but the integration of the energy produced by the Sun on the grid or competitive with other energy sources. Much remained to be done, but with the certainty that the photovoltaic industry will be basic in the future economy of Spain. 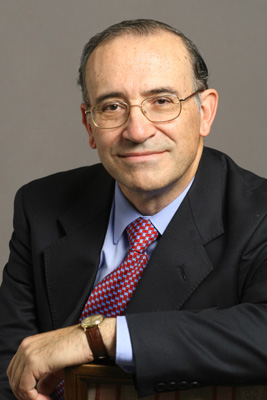 Javier Anta, President of the Association of the photovoltaic industry.

To situate ourselves a little, what role can play PV in the 'mix' of energy proposed in the European energy map?

It is still very marginal, since it does not provide or 1% of the electricity that we consume the Europeans, but it has a tremendous development in the short and medium term. The European Commission, in its strategic energy technology Plan, trust it to make 15% of EU electricity by 2020. This, for countries with abundant radiation, such as Spain, is one further development.

Renewable energy sources are presented as a lever in the technology market. Can they mean a third industrial revolution?

There is who thinks so. This is without a doubt, an energy revolution of the same caliber that the introduction of coal at the end of the 18th century or the mass consumption of oil during the 20th century, but I would say that the role of the third industrial revolution should be left to computers and computer science.

What he thinks about the European plan for 2020 which is reduced by 20% the emissions of CO2 and increased by another 20 per cent in the use of renewables, and in particular the photovoltaics?

In the case of CO2, after the disappointment of Copenhagen, I think it is important to send the signal that in Europe we are still doing the right thing. And on renewables, I think that if we are able to achieve 20% we will not have problems to keep growing until reaching even higher quotas and that, ultimately, end up with a renewable energy mix to 100%. It is already a phenomenal boost, since that is one of the technologies that most will develop for photovoltaics.

After the 'boom' of the solar orchards, it seems that the trend are photovoltaic installations in covers, what advantages are these facilities with regard to the gardens?

They are very different market segments, each with its advantages and disadvantages. According to the policy of encouragement and aid us in Spain, facilities covered will soon reach profitability to the ground, but these, thanks to economies of scale, produce energy more barata… The modularity of photovoltaics makes it susceptible to have numerous applications.

In his opinion column 'Ends a year of photovoltaic paralysis' you load against the Royal Decree 1578 / 2008. Believes its reform necessary? What are the main points to reform?

Should be introduced the subsistence, should eliminate quotas and Preallocation registration, payment, should simplify administrative procedures, it would have to remove the avales… Unfortunately, the Government is with some of these points, so we have to work taking into account that they will remain for some time. 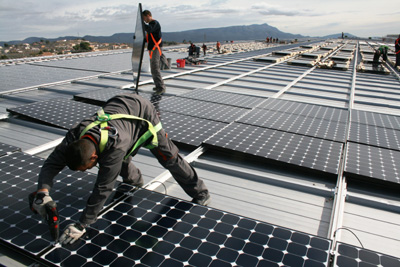 To ASIF, 2010 will be a year of recovery, in which 10,000 jobs will be created and more than 500 MW will be installed. Photo: Maygmó.
"Should enter the subsistence and remove quotas, the registration of Preallocation of retribution and the collateral"

The bureaucracy and the crisis in the building are the only obstacles that should weather the market of photovoltaics?

No unfortunately there are other problems to face and which are specific to an emerging technology, such as the integration of an increasingly important volume of solar in the electrical grid or with other sources of energy market tensions. The crisis and bureaucracy are short-term problems which, like all us arise, we can overcome without major problems.

However since the Association they are optimistic about projects and job creation...

After a very hard year 2009, the sector is reactivating and we anticipate that 10,000 jobs NET, quality, and stable until next spring generate. This volume of employment will grow according to the pace of growth the sector itself.

In 2008 Spain was headed by the ranking of countries in terms of installed power, power per inhabitant and coverage of electricity demand, how it has behaved in 2009? And how is expected to do in 2010?

In 2009, following a change in the regulation, the sector has suffered a disaster; We have installed less than 5% of the power installed in 2008 and some 30,000 jobs have been destroyed. In contrast, 2010 will be a year of recovery, starting with the 10,000 jobs that quoted you above; We anticipate that more than 500 MW to be installed.

"The sector is reactivating and we anticipate that some 10,000 net, stable and quality employment until next spring generate"

What factors can help to revive the photovoltaic market Spanish?

The simplification of administrative procedures, the adequacy of the technical regulation to the reality of the sector, the Elimination of quotas of power, the acceleration of the curve of experience in technology, energy planning that bet even more by energy fotovoltaica… You could do many things.

Is the Spanish model exportable?

In fact, what we are doing. The development model of Spain is subject of study in many centres of business in the world, and the President of the USA we often cited as an example to follow.

ASIF is proposing to amend the regulation to enable consumers to produce and consume their own photovoltaic electricity. Is self-sufficiency the future of energy?

Self-sufficiency is a new photovoltaic market, with a huge projection, but is not the only, and will in the future. But it is true is that, until that is achieved full competitiveness with other sources of energy, the consumption will be the relevant market.

Finally, what is the Spanish photovoltaic industry in 20 years?

Transform a basic element and essential for the country's economic structure. 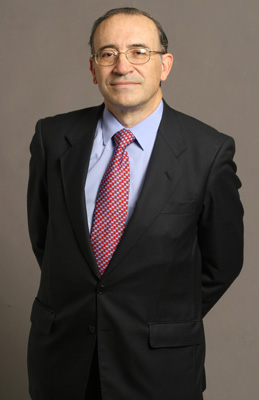 According to Anta, "self-sufficiency is a new photovoltaic market, with a huge projection, but is not the only, and will in the future".

The Photovoltaic Industry Association (ASIF) is a private association founded in 1998.

Its main objective is to promote, prestige, and develop the photovoltaic sector, contributing their knowledge and experience to the Spanish market and authorities, both at the State level as autonomous community and local.

With its activity, ASIF aims to backbone enterprises of the photovoltaic solar industry and achieve, all United, that this type of energy in Spain reaches its full potential, and contribute significantly to the achievement of the environmental objectives established.

The Association is at State level, without prejudice to that can establish ties of cooperation with the European Union and other countries.